The Costume of the Hereditary States of the House of Austria, Displayed in Fifty Colour Engravings, with Descriptions and an Introduction 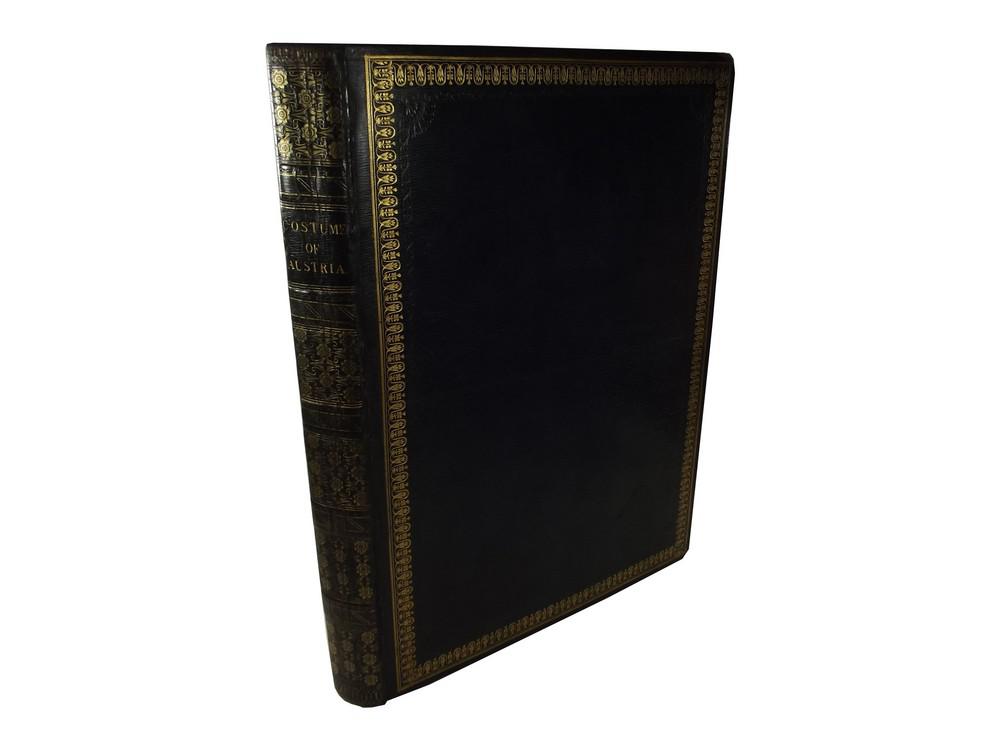 The Costume of the Hereditary States of the House of Austria, Displayed in Fifty Colour Engravings, with Descriptions and an Introduction

[6], xxviii, [2], fifty coloured aquatint plates, each with a leaf of explanatory text in English and French. Later full straight-grain morocco, wide bands, spine in six panels, title in gilt to second panel, remaining panels elaborate gilt with flower head and concave-sided lozenges, thin rules to bands, covers with thick and thin fillet border with flower head roll in gilt framing an inner blind roll and corner-pieces, gilt roll to outer edges, a.e.g. Rubbed to extremities, especially to outer joints, corners with minor bumping, couple of minor scrapes to covers. Some light foxing to text, off-setting from plates onto text, a few finger marks to margins, but generally fairly clean. Previous owners book plate to front pastedown (Philip Davies Cooke). A later reprint, with 1817 watermarks, though with the 12pp introduction (later omitted according to Abbey), with the plates and text copied from the original edition of Kininger, Vienna, 1803 (cf. Abbey). Abbey Travel 71; Tooley 333; Colas 2112 and Thomson, 'The Exotic and the Beautiful' 441