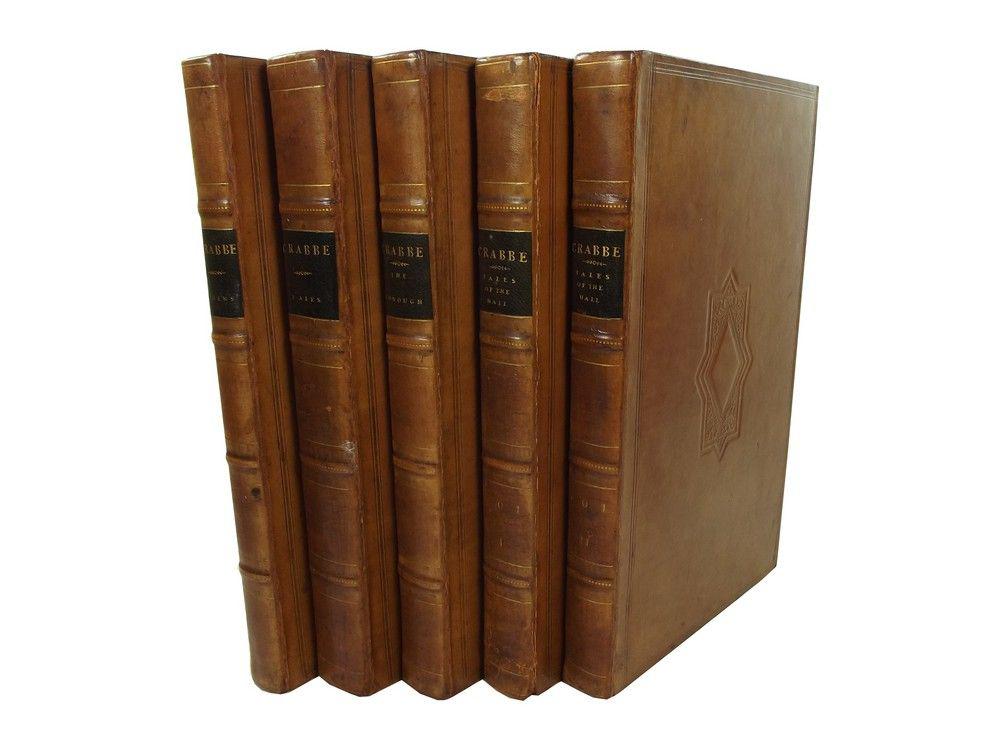 Rubbed to extremities, volume numbers for 'Tales of the Hall' have been mixed up. Internally some light browning and occasional light foxing, but generally clean. The 'Poems' volume has a large tear to fore-edge margin of P3 (not affecting text), 'Tales of the Hall' lacks the half-title. With previous owners (Robert Johnson Eden) bookplate to front pastedowns (except 'Tales of the Hall').

The Springtide of Life

The Shipwreck, a Poem

Life of Geoffrey Chaucer, the Early English Poet: Including Memoirs of His Near Friend and Kinsman, John of Gaunt, Duke of Lancaster: With Sketches of the Manners, Opinions, Arts and Literature of England in the Fourteenth Century

Essays and Poems with a Brief Autobiographical Memoir