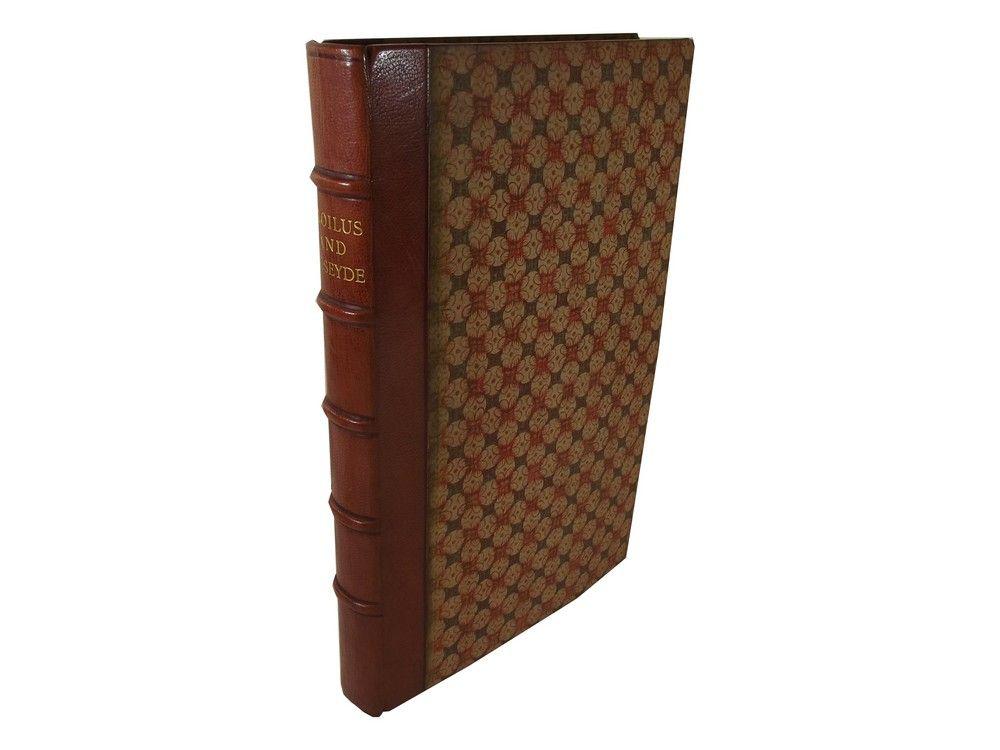 Printed in red, blue and black, number one hundred and eighty-one of two hundred and nineteen copies (with another six on vellum), generally regarded ,with the Canterbury Tales and the Four Gospels, as the presses finest work.

From the library of Felix Dennis (but no evidence of this).

Franklin noting that "Gill in these Golden Cockerel books uniquely fused these two arts again, illustration with decoration ... They rank very high in the range of Gill's work" (Franklin, The Private Presses, 2nd ed, page 142). Cave and Manson also note that the edition of two hundred and twenty five copies "sold out very quickly, and purchasers' pleasure was increased by seeing the book rapidly appreciate in value" (Cave and Manson, History of the Golden Cockerel Press, page 52), and the Chanticleer notes, "A satisfying book. Owing to the small number of copies printed this volume is rare and always quoted at a good premium".

News from Nowhere: Or, an Epoch of Rest, Being Some Chapters from a Utopian Romance

The Parables from the Gospels

In Defence of Women