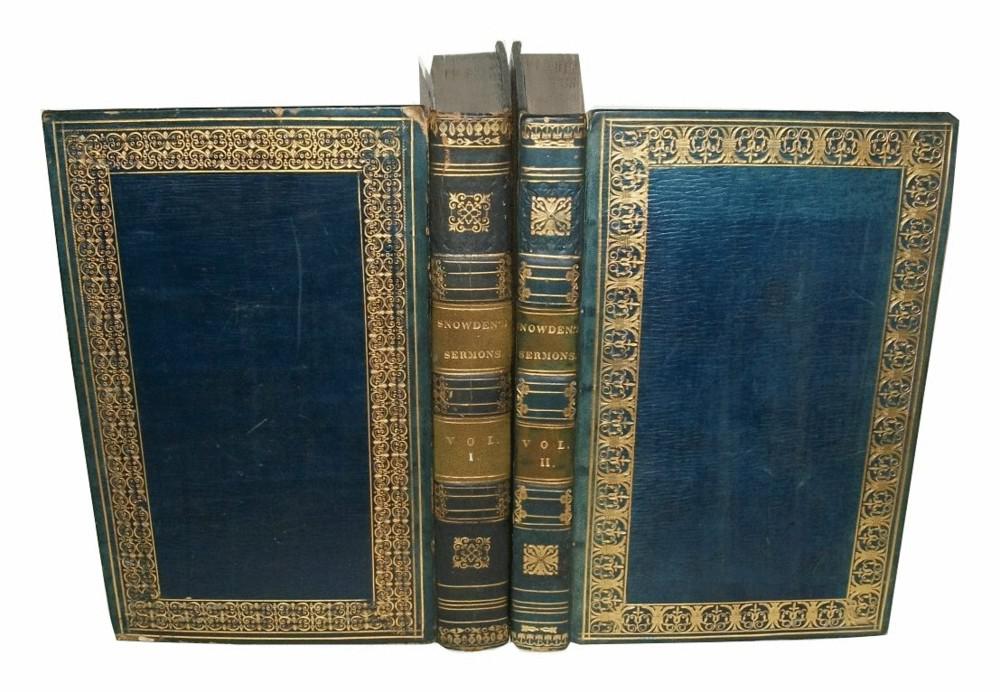 The finishing varies on volume two, similar in design, but with different tools (the books were published three years apart, presumably the second volume was bound to attempt to match the first bound earlier). Volume one has a small amount of loss to leather at foot of lower cover and head of spine, otherwise lightly rubbed to extremities, volume two slightly rubbed to extremities. Volume one lightly browned internally, volume two brighter.

From the library of Earl Eldon, with his name to front pastedown and his bookplate to reverse of front endpaper. Binding, (at least volume one), is by C. and J. White of Doncaster, with their ticket to front pastedown, they are not in Ramsden or Spawn and Kinsella

The Holy Bible; Containing the Old and New Testaments According to the Authorized Version: With Explanatory Notes and Practical Observations

Thoughts on the Trinity; Charges and Other Theological Works