Nattes's Practical Geometry or an Introduction to Perspective. Translated from the French of Le Clerc with Additions and Alterations 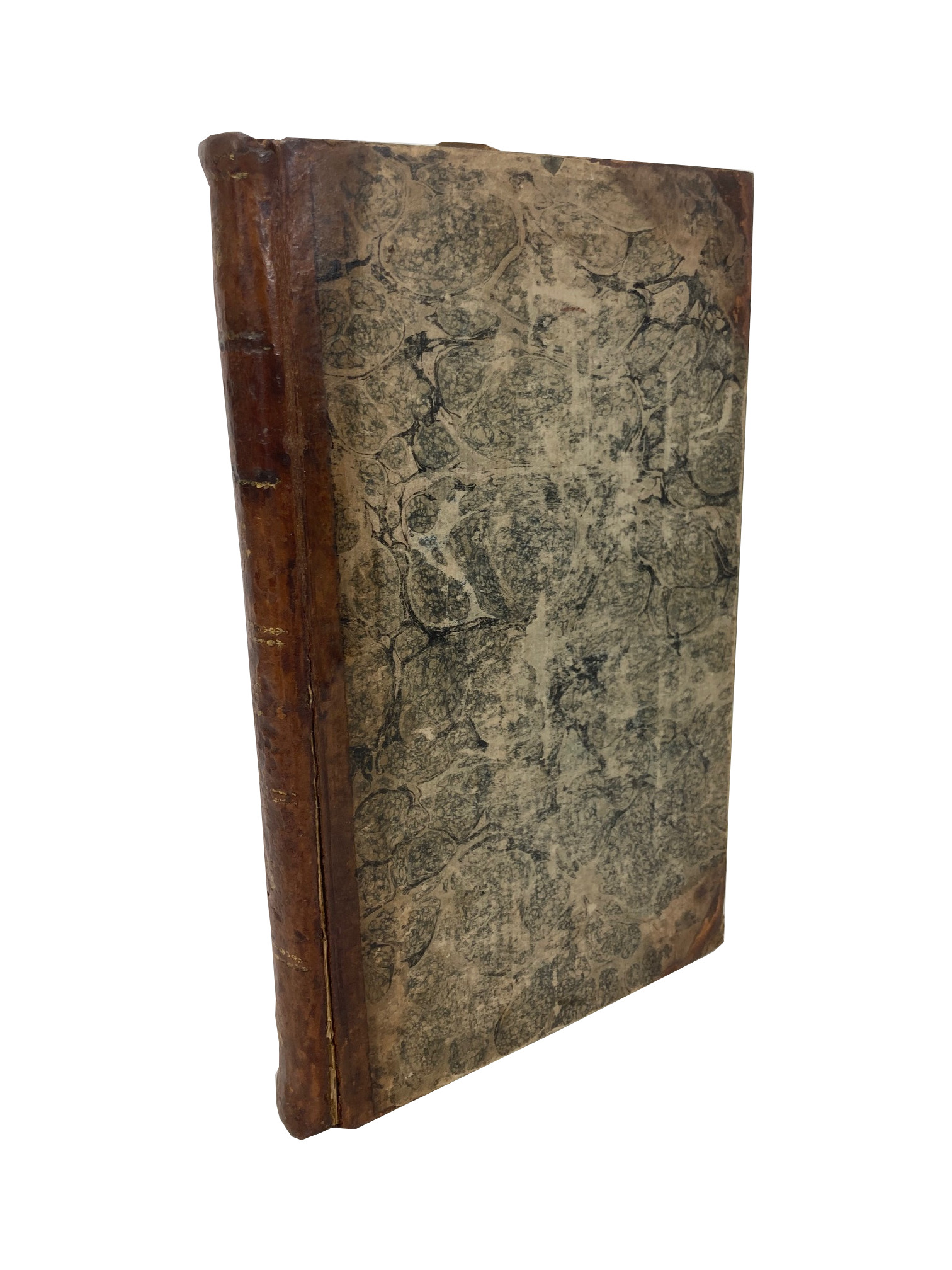 Nattes's Practical Geometry or an Introduction to Perspective. Translated from the French of Le Clerc with Additions and Alterations

Heavily rubbed to extremities, upper joint split but holding, marbled paper covering boards is chipped to edges with some loss. Internally the text is browned and occasionally foxed throughout, plates are brighter and cleaner, though plate twenty-three has a damp stain just catching the vignette. Long inscription in pencil to second front free endpaper

With additional engraved title page by William Henry Pyne after Nattes which has been bound after the letterpress title, and forty-five plates (numbered 1-44 with two plate 23's). The 'problems' are engraved by T. King (mentioned briefly in Alexander, A Biographical Dictionary of British and Irish Engravers 1714-1820, page 524), and nearly all of the 'problems' have a vignette to the foot by Pyne (Ibid, pages 724-725). Adapted from Le Clerc's Geometrie Pratique