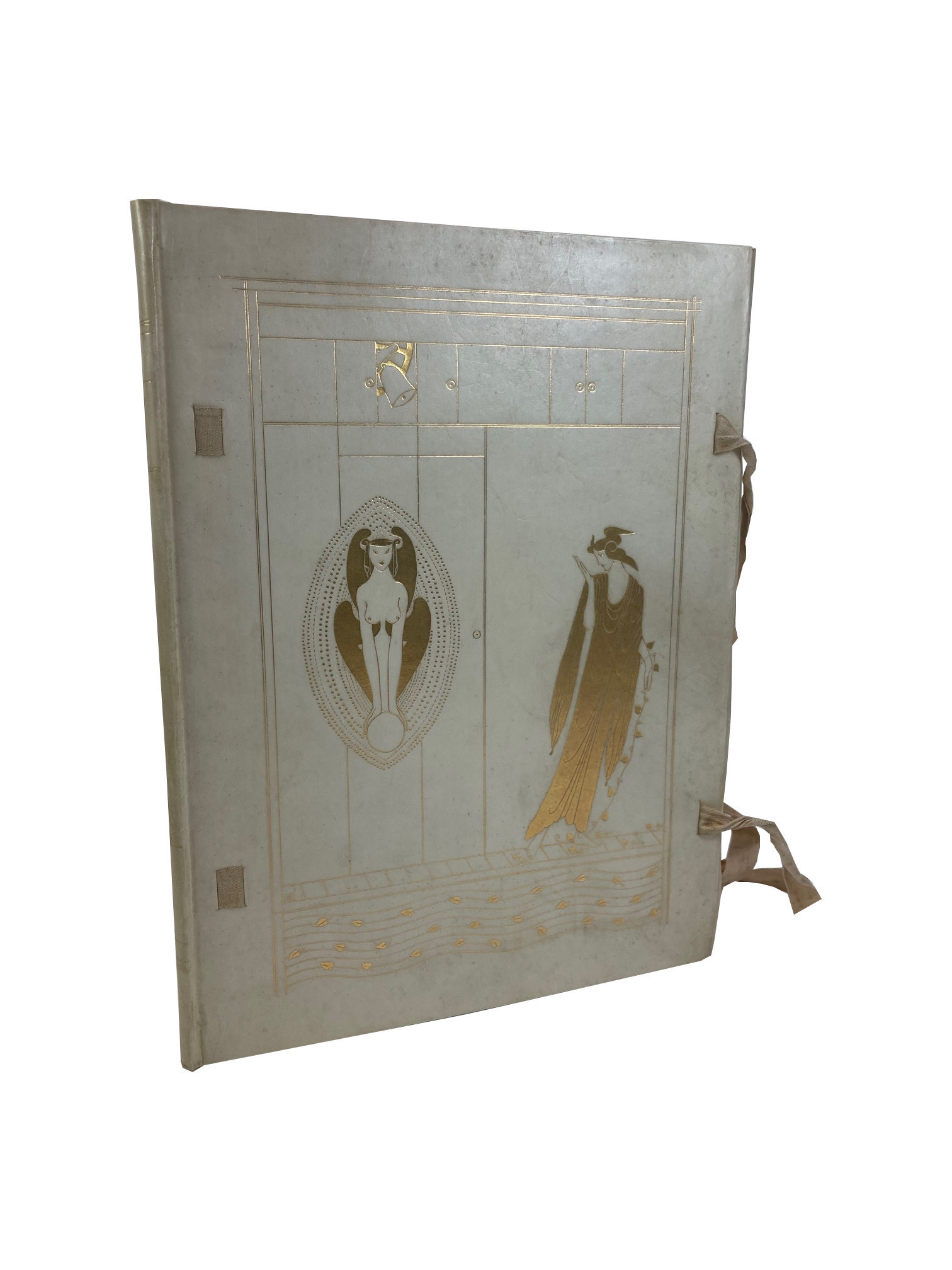 [001468] Wilde, Oscar. The Sphinx. ill. Ricketts, Charles. London: Elkin Matthews and John Lane, The Ballantyne Press, 1894. First Edition. 4to. Hardback. Large Paper Copy. Very Good [36]p, original publishers decorative vellum with monograms of Charles Ricketts (CR - designer) and Henry Leighton (HL - binder). Limited edition, one of 25 deluxe large paper copies; printed in green, red and black, illustrations by Charles Ricketts, some minor spotting to extremities and frontispiece tissue-guard, otherwise very good original cloth ties (lightly spotted), uncut edges, covers a little bowed, spine a little darkened, otherwise, also very good; preserved in a custom-made cardboard slip-case. From the library of Laurence W. Hodson, with his booklabel to front pastedown. Hodson inherited Compton House in Wolverhampton and an interest in the Springfield Brewery (Butlers), on the death of his father in 1890. Hodson junior was a patron of the arts and a famous collector of pre-Raphaelite paintings. He was an acquaintance of William Morris, from whom he commissioned the Compton pattern wallpaper, the last wallpaper designed by Morris. Presumably Hodson did this at the same time as he engaged William Morris and Company to redesign the interior of Compton House in 1895-6. These decorations are still largely in place. In 1902 Hodson served as Chairman of the Fine Art Committee for the Wolverhampton Art and Industrial Exhibition. ‘The most exquisite of all Wilde's first editions...so beautiful that, read in any other format, it seems to lose half of its power’ (Wright, Oscar’s Books, 2008). Overseen at Wilde’s request by his friend the artist, designer and typographer Charles Ricketts, The Sphinx is pre-eminent amongst the precursors to Ricketts and Shannon’s Vale Press, simultaneously a masterpiece of baroque poetry and of book-production. It perhaps best enshrines the spirit of the aesthetic movement, entirely artificial in conception, a work of beauty almost for beauty’s sake. Ricketts considered the designs for the illustrations and for the original vellum binding amongst his best work. The total print run comprised two hundred and twenty-five copies, this is good example of one of the rare twenty-five large paper copies, the other two hundred were on small paper, of which a considerable number were destroyed in a fire at the Ballantyne Press where the unsold copies were stored (Rickets, Recollections of Oscar Wilde, 1932)

Dealings with the Firm of Dombey and Son, Wholesale, Retail and for Exportation