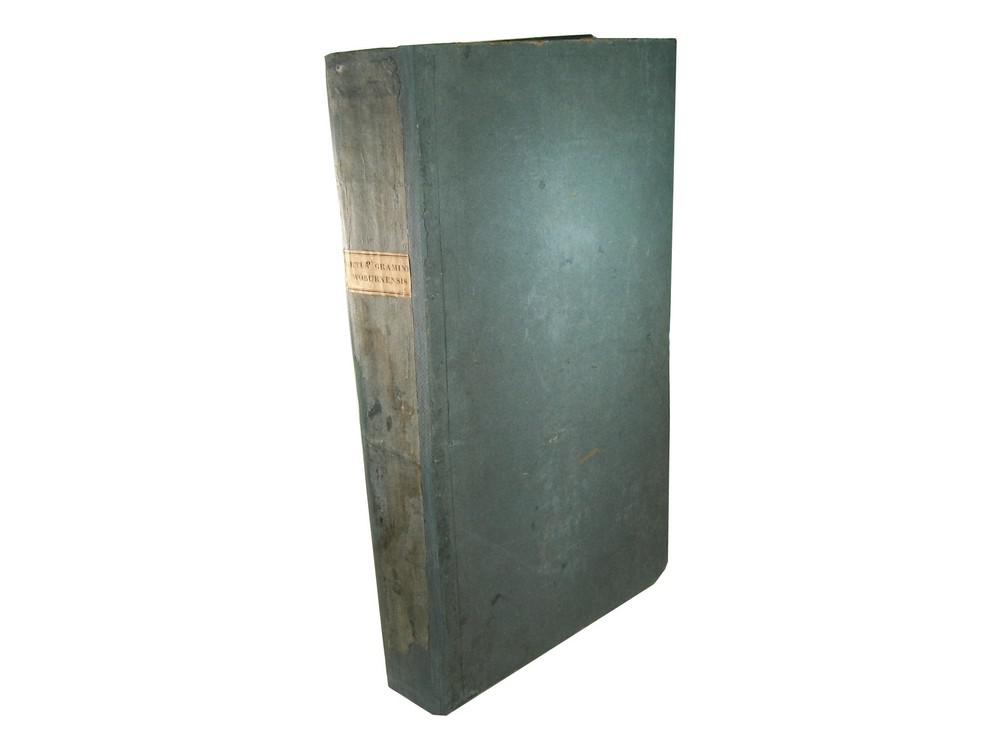 vi, [3], iv-lxvi, 316pp, [4]. Uncut in original boards, with original paper label. Rebacked, original spine laid on, worn to edges with one or two minor scrapes to covers and small amount of loss to paper covering lower board. Internally some light spotting with occasional offsetting, damp stain to index leaves, but generally fairly bright and clean. With thirty-five samples of seeds on fourteen leaves and one hundred and twenty-three dried grass specimens mounted on blank numbered sheets with printed captions in Latin and English, many leaves highlighted in green, all tissue-guarded. With the very important folding engraved plan of the garden, (often absent), laid in loosely to front and errata slip tipped in, previous owners book plate to front pastedown. Now housed in a cloth drop back box with title label to spine.

Sinclair, George (1786-1834), gardener and writer on horticulture, "On instructions from the duke, and under the direction of Sir Humphry Davy, Sinclair conducted an extensive series of experiments on the nutritive qualities of various types of animal fodder. The results were published in 1816 in Hortus Gramineus Woburnensis, an expensive folio volume containing dried specimens of the grasses. These were replaced by plates in cheaper editions published in 1825, 1826, and 1829, and in a German translation of 1826. The nutritional value of the grasses described in Hortus was assessed through comparison of their water-soluble constituents, the theory being that these formed the bulk of the feeding material. As a comparative guide the technique did have some value" (ODNB).

A paper in 'Science' (25/01/2002) by Andy Hector and Rowan Hooper have called this book, which influenced Charles Darwin, "arguably the first ecological experiment". Darwin in his 'Origin of the Species' refers to an experiment investigating the biology of grassland plants that showed how a greater diversity of grasses planted in experimental plots was responsible for greater production of plant matter, but Darwin didn't leave any clues as to where or when this experiment was done. Hector and Hooper have shown that it is Sinclair's 'Hortus Gramineus Woburnensis' which details this experimental garden.

Uncommon, with five locations in COPAC and only one (Natural History Museum) mentioning the plan.

Nissen BBI 1850 (calling for one hundred and twenty-two samples); Lowndes 2404

Silva: Or a Discourse of Forest-Trees, and the Propogation of Timber in His Majesty's Dominions WITH Terra