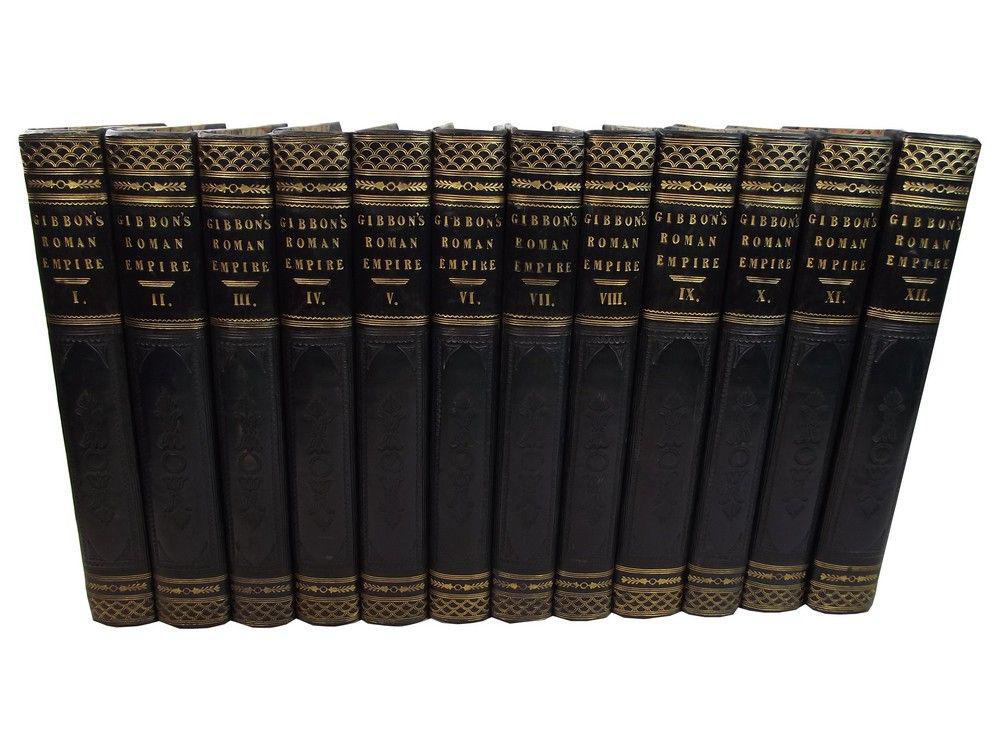 Externally very good, with only very minor rubbing to extremities. Internally generally good, some occasional light browning and foxing, very occasionally heavier. Small worm track to margin of last few pages of volume ten, volume one has an ink stain to gutter throughout, small initially, but getting larger towards the end of the volume, with the last fifty or so pages with an associated split where the paper has become brittle, though not affecting text. Previous owner's armorial bookplate to front pastedowns, (William Miles - of Dixfield House, Exeter).

With portrait frontispiece and two large folding maps. Despite the problem with volume one, a handsome set of Gibbon's classic.