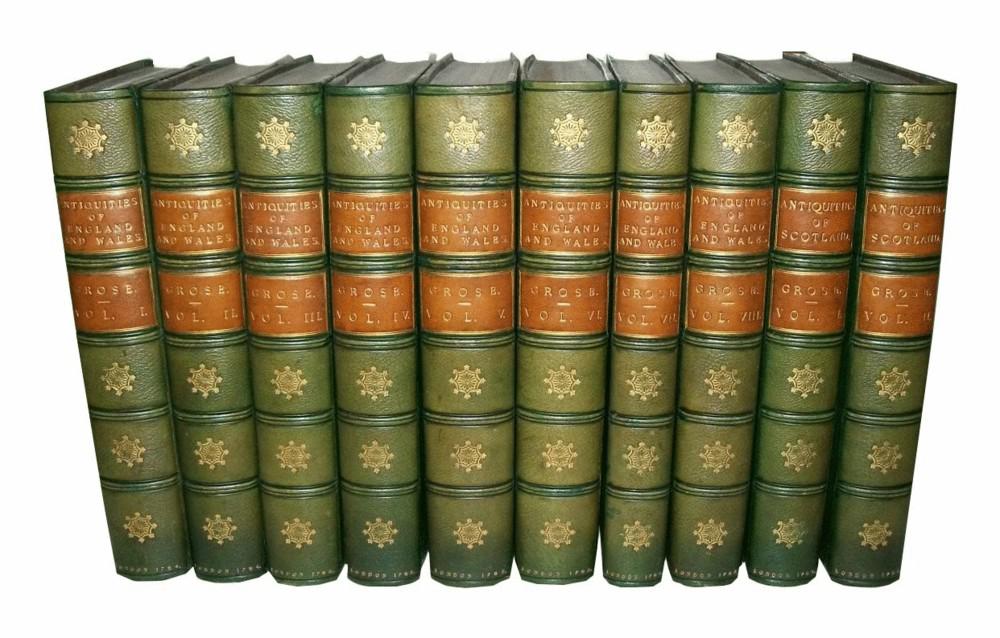 Externally, the corners are bumped, extremities slightly rubbed. Internally lightly browned and foxed throughout, occasionally heavy, with some off setting, with some colour bleed through to verso of maps.

Each volume with an engraved frontispiece and an engraved title, two folding hand coloured in outline maps (map of England torn along folds) and fifty-four hand coloured county maps, with a total of seven hundred and ninety (six folding) engravings