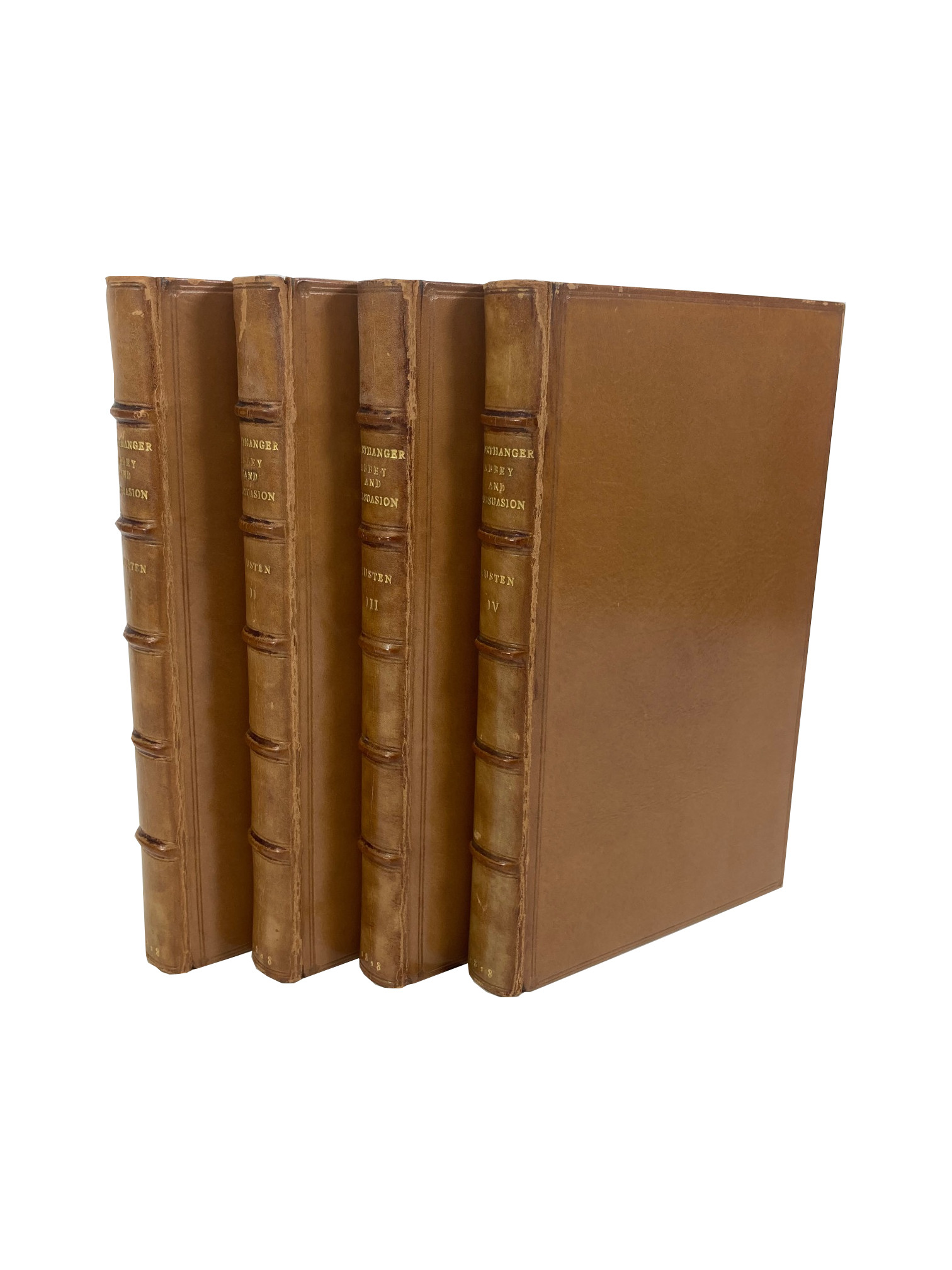 Slightly rubbed to extremities, especially upper joints but all holding well. Edges of free endpapers browned from calf turn-ins, light browning to text with occasional foxing. Bookplate of Sir Harry Newton (by A. Airy) to front pastedowns, with two small book labels. With the uncommon half-titles (bound after the postscript and before the advertisement leaf in volume one, and bound after the titles in the other three volumes), without the two terminal blanks in volume four as often. Now housed in a leather backed drop back box, made by Temple Bookbinders

Published posthumously in an edition of 1750 copies

The Italian Novelists: Selected from the Most Approved Authors in That Language

London to Ladysmith Via Pretoria

Sense and Sensibility: A Novel

The Hound of the Baskervilles - Another Adventure of Sherlock Holmes